Manchester City has opened a redesigned concourse area in the South Stand of the Etihad Stadium as part of its ongoing commitment to enhance the matchday experience for fans.

The Club has carried out extensive works over the summer period including a complete redesign of an area of the concourse to create multiple spaces for fans to meet, eat and drink prior to kick-off.

The new concourse area will have varied seating and standing areas, multiple screens to give fans the best views of the matchday entertainment on offer and a DJ booth that will play out music and set lists selected by fans, which will all form part of the matchday build-up.

In addition to creating new entertainment experiences, the concourse area will benefit from upgraded food and beverage stalls which will enable a quicker speed of service for fans ahead of kick-off and at half-time.

Fans will also have the option of using new self-service vending machines giving them greater flexibility when selecting food.

The new concourse areas will remain open after full-time for fans who wish to extend their matchday experience at the Etihad Stadium.

Alongside the concourse area, the club has launched a new bar in Level 2 of the East Stand of the stadium.

“Kits” offers fans an opportunity to enjoy the match in a contemporary styled sports bar adorned with some of City’s best-known and popular shirts throughout the decades. For the first time, fans at the Etihad Stadium will also have the option of enjoying a pint that they have poured themselves from the Club’s all new self-service beer taps. 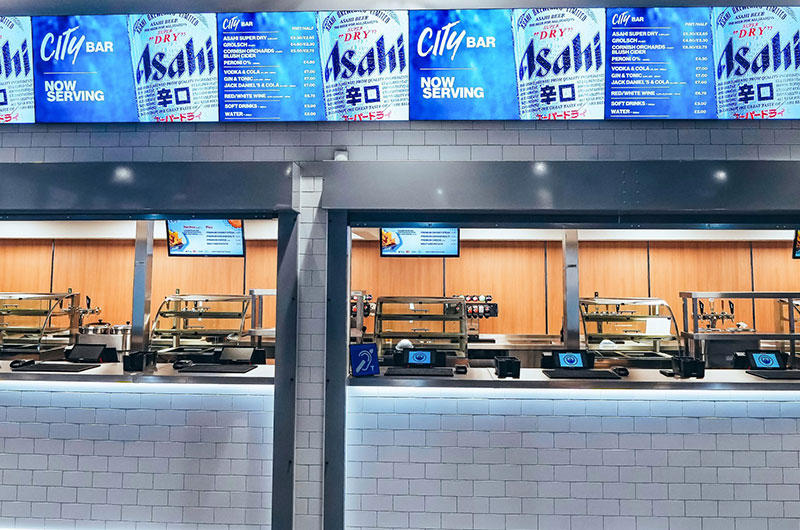 Ensuring that our fans have the best experience possible when they visit Manchester City continues to be our priority, and we are delighted to be introducing new developments to the Etihad Stadium to broaden the range of options available to fans on matchday.

The enhanced stadium concourse area in the South Stand and the introduction of “Kits” in the East Stand, together with existing offerings such as City Square, Manager’s Corner and The Ardwick, have all been designed with fans in mind, to provide them with tailored experiences and the best in entertainment to make their matchday extra special.